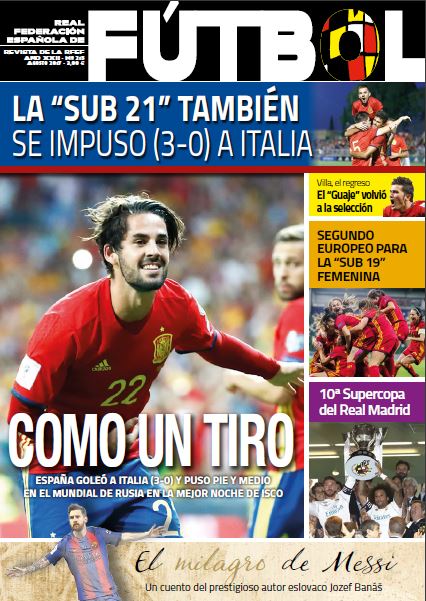 In its August 2017 issue, the monthly periodical of the Royal Spanish Football Federation (RFEF) published Jozef Banáš´ short story Messi´s Miracle (Messiho zázrak) in which the author pays tribute to the nurse Peggy at the Department of Pediatric Oncology at the Kramáre Hospital in Bratislava and to the football player Lionel Messi. The thrilling story is part of the collection Last Infidelity (Posledná nevera) of which nearly ten thousand copies have been sold. The director of the magazine Fútbol, Luis Arnáiz Arizmendi, personally expressed his gratitude to the Slovak author writing: “It is an […]