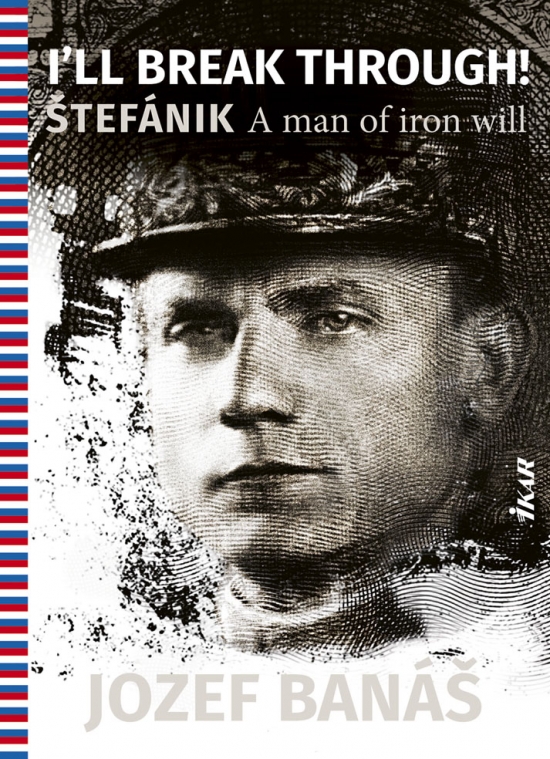 Bratislava, April 11 (TASR) – The novel I´ll Break Through! Štefánik – A man of iron will, written by the Slovak author Jozef Banáš and published by the Slovak publishing house Ikar in 2018, is now included in the recommended literature list for students. Based on three expert reviews by Jana Brišová, Dana Vasilová and Maria Tomková, the Ministry of Education, Science, Research and Sports of the Slovak Republic has decided to award a “Recommendation Clause” to the comprehensive novel about Milan Rastislav Štefánik. It has been included in the catalogue of recommended books for […] 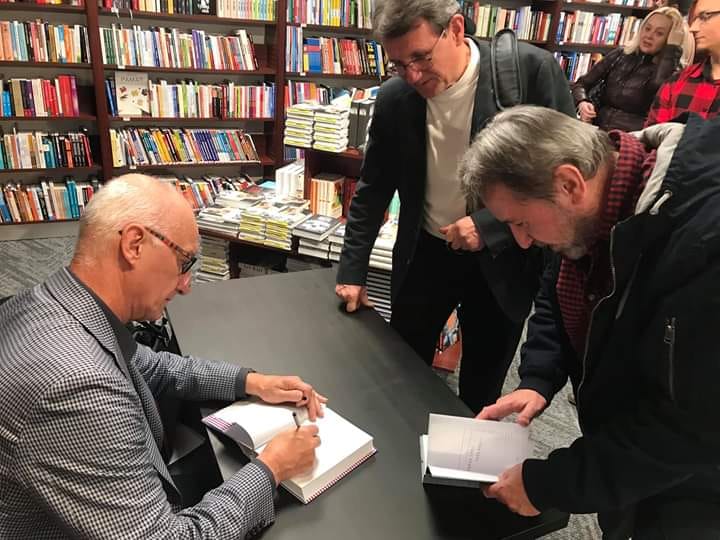 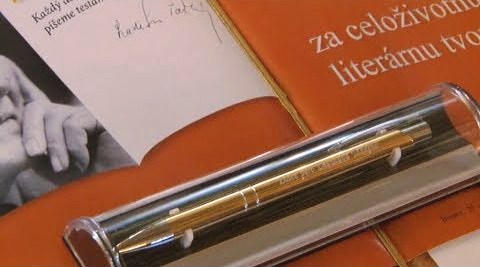 In Bojnice on November 22, 2019. This year´s Ladislav Ťažký Golden Pen Award goes to the former Slovak President Rudolf Schuster and the writer Jozef Banáš. They have received the prizes from the citizens association Benedikt in the Golden hall of the Bojnice castle in Slovakia. The former President has been awarded for literary works published up until now. “I feel honoured. The Golden Pen award is named after Ladislav Ťažký with whom I have experienced many memorable moments. I remember him fondly as a person with exemplary qualities as a writer as well as […] 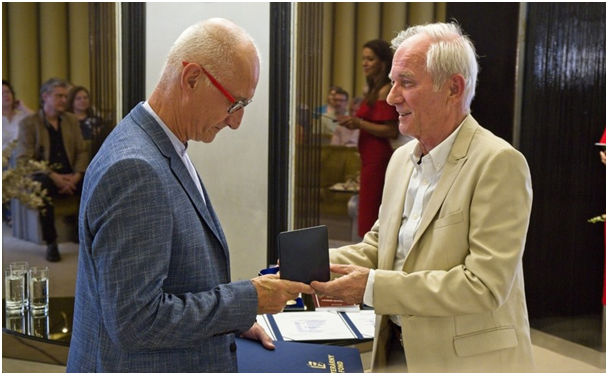 Press Agency of the Slovak Republic, June 19, 2019 “I am deeply moved to have been awarded a prize which significant personalities of Slovak literature have received, such as Milan Rúfus, Rudo Sloboda, Pavel Vilikovský, Anton Hykisch, Anton Baláž. It is of great honour and pleasure for me,” Jozef Banáš said for the Slovak Press agency. On Wednesday June 19, 2019 the Literary Fund (LF) awarded prizes for literary works that had been published in the previous year. 77 original Slovak literary pieces including poetry, prose, drama, literature for children and young readers, non-fiction, scientific […]

On May 10, 2019 the launch ceremony took place at the Slovak Institute in Prague. This first Slovak novel ever written about the fascinating life of one of the greatest personalities of Slovak history has been translated by Eva Potočná and released by the publishing house Beskydy. Among the guests present at the book launch were the Ambassador of Slovakia to the Czech Republic Peter Weiss, the chairman of the Štefánik Association in the Czech Republic Vojtěch Čelko, the chairman of the World Association of Slovaks Living Abroad Vladimír Skalský, Member of the Czech Parliament […] 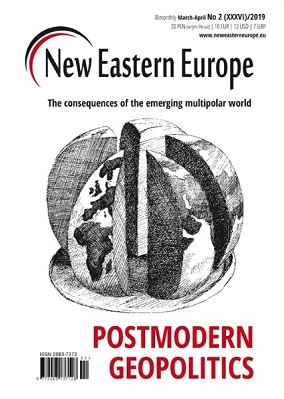 An Iron Will March 4, 2019 – Josette Baer – New Eastern Europe Prebijem sa! Štefánik. Muž železnej vôle (I shall prevail! Štefánik – a Man of Iron Will). By: Jozef Banáš. Publisher: Ikar, Bratislava, 2018. “Were we not to follow the path of truth and prove worthy of the good and the work you have done on our behalf, we would kill you. Were we to act selfishly in seeking our own prosperity instead of the nations, we would kill you. Were we to search for the meaning of life in material things, in money, food and […]

A festive evening, great music, honoured guests, but above all many books and excellent authors – these were Ikariáda Awards 2019. Last year´s most successful Slovak authors have been decorated. The largest Slovak publishing house IKAR has traditionally granted the Golden Book and Platinum Book Prizes and the Golden Pen Prize awarded by literary critics. An author receives the Golden Book Prize when his title sells 15,000 copies and more. This year´s winners are Jozef Karika with his novels Tma (Darkness) and Na smrť (Given up to Death), Táňa Keleová-Vasilková with her book Mama (Mom) […]

One of the bestselling and most translated Slovak authors considers his newest work to be a motivational novel. Bratislava, October 2, 2018 – In Bratislava´s church Klarisky, the Handbell Ensemble Košariská-Priepasné has welcomed the newest literary work about Milan Rastislav Štefánik by performing Beethoven´s Ode to Joy. I Shall Prevail! Štefánik – The Man of Iron Will (published by Ikar) offers the life story of the most significant man of the Slovak nation written by Jozef Banáš. “I have researched intensely for about three and half years reading through 62 books in five different languages. […]

March 2018, India – a free translation from Hindi: After Dalai Lama and Dan Brown I would like to meet Amol Palekar Renowned Slovak writer visiting Pink City India´s spirituality inspires After leaving politics he made his career as a writer and journalist India has a special place in the heart of the renowned Slovak writer Jozef Banas. He is greatly inspired by Indian culture and civilization and every day he practices yoga to connect with India. Jozef has come to Jaipur to support the launch of the Hindi edition of his book Code 1, […]