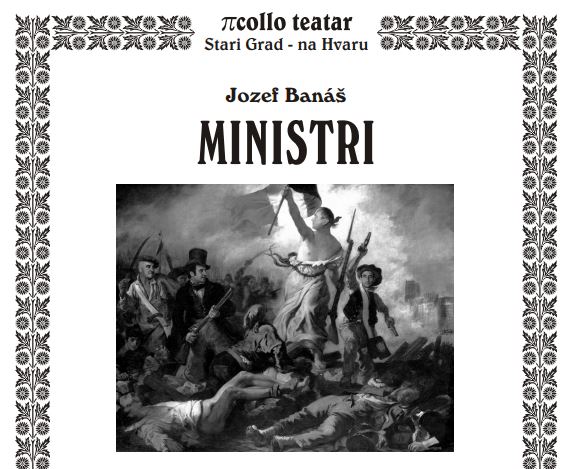 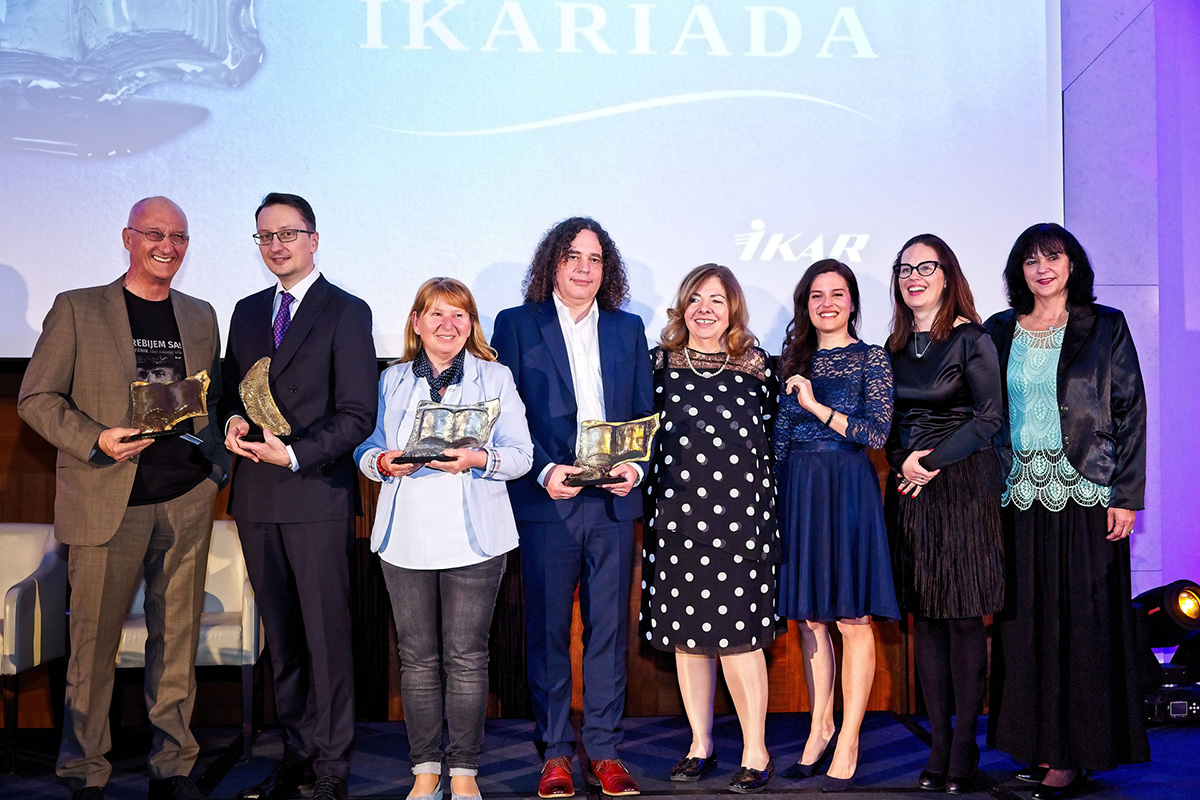 A festive evening, great music, honoured guests, but above all many books and excellent authors – these were Ikariáda Awards 2019. Last year´s most successful Slovak authors have been decorated. The largest Slovak publishing house IKAR has traditionally granted the Golden Book and Platinum Book Prizes and the Golden Pen Prize awarded by literary critics. An author receives the Golden Book Prize when his title sells 15,000 copies and more. This year´s winners are Jozef Karika with his novels Tma (Darkness) and Na smrť (Given up to Death), Táňa Keleová-Vasilková with her book Mama (Mom) […]

One of the bestselling and most translated Slovak authors considers his newest work to be a motivational novel. Bratislava, October 2, 2018 – In Bratislava´s church Klarisky, the Handbell Ensemble Košariská-Priepasné has welcomed the newest literary work about Milan Rastislav Štefánik by performing Beethoven´s Ode to Joy. I Shall Prevail! Štefánik – The Man of Iron Will (published by Ikar) offers the life story of the most significant man of the Slovak nation written by Jozef Banáš. “I have researched intensely for about three and half years reading through 62 books in five different languages. […] 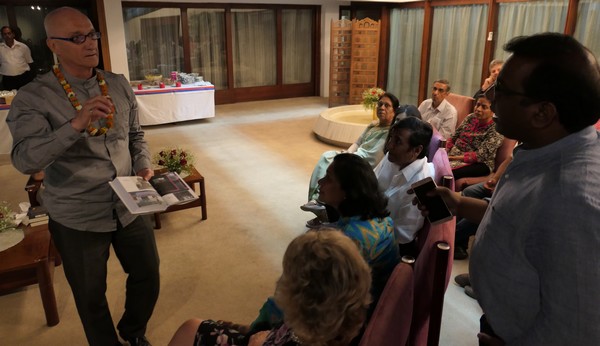 The publishing house Rajpal and Sons seated in New Delhi, India, has released the Hindi edition Jerusalem Se Kasmir Tak of Jozef Banas´ novel Code 1. The publishing house, established in 1912, is one of the largest and eldest in India. It publishes prominent domestic and foreign authors such as Jiddu Krishnamurti, the most significant spiritual teacher of 20th-century India, Ruskin Bond, Jaswant Singh, Dalai Lama, Benazir Bhutto, Abdul Kalam, the President of India, Sarvepalli Radhakrishnan, the Splading Professor of Eastern Religion and Ethics at University of Oxford, Amritlal Nagar, Narendra Modi, the Prime Minister of […]

On February 15, the book launch took place in Ankara in the famous Ankara Palace – the seat of the former President Mustafa Kemala Atatürk. Jozef Banáš has achieved another international success. His novel Jubilation Zone describing the dramatic events in Central Europe in the years between 1968 and 2008 has been released by one of the country´s five largest publishing houses Destek Istanbul under the title Behind The Curtain (Perde Arkasi). On February 15, the title was introduced to the Turkish book market, the launch taking place in the famous Ankara Palace – the […]

In December 2017, the largest publishing house in the Czech Republic Euromedia Praha brought out one of the most successful novels written by Jozef Banáš, Code 1 translated by Robert Pirchl. The novel depicting the lives of Jesus Christ and the apostle Thomas in India sold 37,000 copies by the end of 2017. 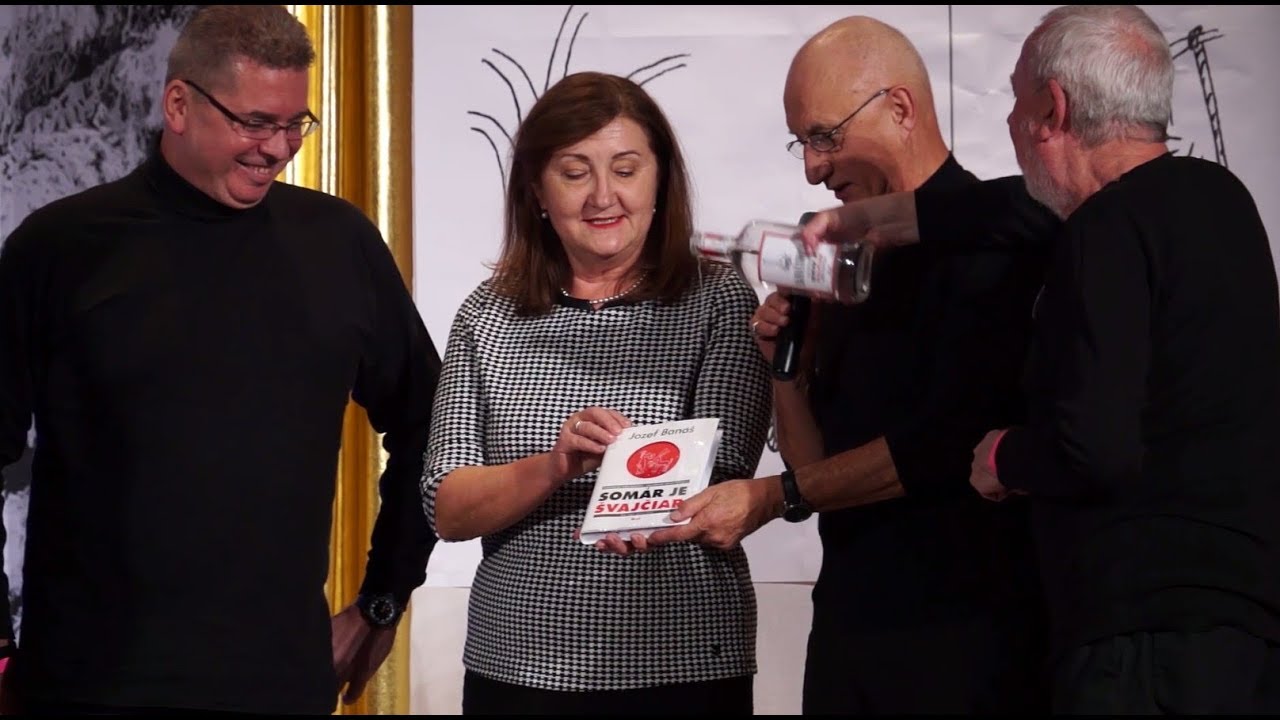 Bratislava, December 7, 2017 Before the end of the year, a new book written by the popular Slovak writer Jozef Banáš has been introduced to the domestic book market. Short reflections, aphorisms, essays, jokes, stories, poems, dialogues, sayings, morals. Illustrations by the father and son duo, Ivan and Dávid Popovič, complement all of this perfectly. Let us introduce Jozef Banas´ new, fifteenth book The Donkey Is Swiss. Why such an unusual title? Right on the first pages we find the answer to this question from a story based on a true occurrence which happened in […] 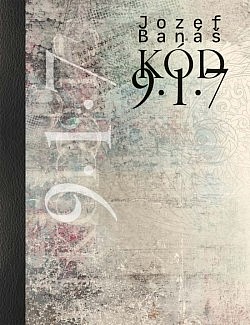 Slovakia´s book market has welcomed the first Slovak illustrated novel Code 9.1.7 written by Jozef Banáš. Following the striking success of the novels Code 9, Code 1 and Code 7, of which 115,000 copies have been sold up to now, the reader gets to hold their illustrated omnibus edition. Such an edition is unique in Slovakia. Photographs, maps, notes, comments and explanations enable the reader to have an insider´s view into the author´s travels and to take a glimpse of the countries in which the stories of the Code-trilogy have been born; to visit attractive […] 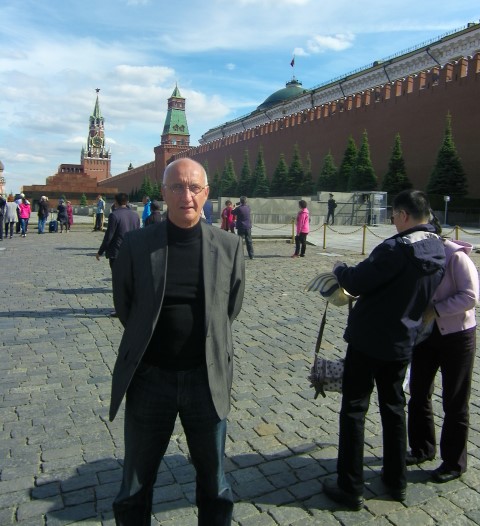 The most translated Slovak novel the Jubilation Zone has scored another international success. The book written by the award-winning author, Jozef Banas, has been introduced to the Russian market this week. On May 30th, the novel was launched at the Slovak Institute in Moscow. “In the presence of the translators Alla Maskova and Ludmila Sirokova, the book was introduced by the editor-in-chief of the publishing house MIK Moscow, Jelena Parskova and the director of the publishing house Ikar Valeria Malikova,” Jozef Banas confirms. The director of the Slovak Institute, Jan Smihula, appreciates that after a […] 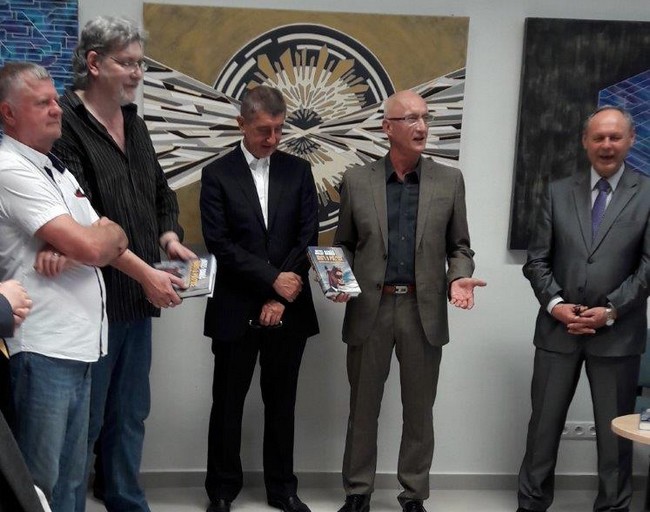 On Thursday May 18th, 2017, a festive atmosphere reigned in the Slovak Cultural Center in Prague. The Czech edition of Banas´ bestseller Idiots in Politics released by the publishing house Beskydy was launched by the most popular Slovak man in Czechia, the Vice Prime Minister of the Czech government and Minister of Finance Andrej Babis. Among the guests were the Ambassador of the Slovak Republic in Prague Peter Weiss and the director of the Slovak Cultural Center Vladimir Valovic. The book was sent on its course in an untraditional way – with a song. The present […]